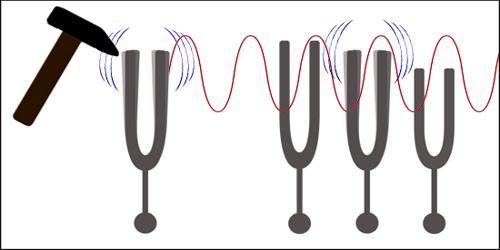 When the natural frequency of a body becomes equal to the frequency of forced vibration, then the body vibrates with maximum amplitude. This type of vibration is called resonance.

Explain Laws of Reflection of Light