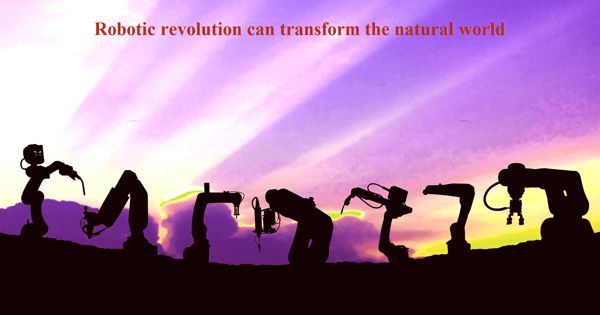 Robotics, automated vehicles, and drones may help mitigate current emissions and traffic congestion, but they may also create their own pollution, meaning that cities could need to replan to accommodate them. An international study, including more than 170 experts and led by the University of Leeds, examined the benefits and threats that this state-of-the-art technology could have for urban and green spaces. Researchers have highlighted ways to enhance how we track biodiversity, such as detecting new pests and ensuring that plants are cared for and helping people to interact and understand the natural environment around them.

Drones, robots, and autonomous systems can transform the natural world in and around cities for people and wildlife. An international team of more than 170 experts led by the U.K.’s University of Leeds evaluated the opportunities and challenges facing the use of robotic technology for urban nature and green space.

When robots, autonomous cars, and drones becoming more commonly used around towns, noise and traffic congestion can minimize, making neighborhoods and cities more fun places to spend time outdoors. But the researchers also warned that advances in robotics and automation could be detrimental to the environment.

For example, robotics and drones themselves may produce new sources of waste and pollution, with potentially major negative effects on urban nature. Cities need to be re-planned to provide enough room for robots and drones to work, possibly leading to a lack of green space. They could also exacerbate current socioeconomic inequality, such as unequal access to green space. 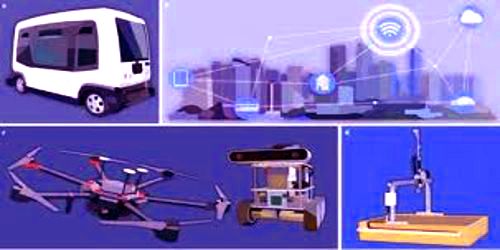 Dr. Martin Dallimer, Head of the School of Earth and Environment at the University of Leeds, said: “Technology, such as robotics, has the ability to transform nearly every area of our lives. As a community, it is important that we proactively strive to consider the possible side effects and dangers of our increasing use of robots and automated systems.

Leeds’ Martin Dallimer said, “We need to make sure that the public, policymakers, and robotics developers are aware of the potential pros and cons, so we can avoid detrimental consequences and fully realize the benefits.”

“Although the future impacts on urban green spaces and nature are hard to predict, we need to make sure that the public, policymakers, and robotics developers are aware of the potential pros and cons, so we can avoid detrimental consequences and fully realize the benefits.” The report, published today in Nature Ecology & Evolution, is co-authored by a team of 77 academics and practitioners. The researchers conducted an online survey of 170 experts from 35 nations, which, according to them, offers the first estimate of what the future might bring.

Participants addressed the future benefits and threats for urban ecology and habitats, through the increasing use of robots and autonomous systems. They are described as technologies that can feel, interpret, communicate, and control their physical environment. This comprises unmanned aerial cars (drones), self-driving vehicles, robotics capable of restoring infrastructure, and wireless sensor networks used for tracking.

These developments have a wide variety of possible uses, such as automated transport, garbage disposal, infrastructure maintenance and reconstruction, police and precision farming. The research was conducted as part of the Leeds Self Restoring Cities initiative, which aims to allow robots and autonomous systems to sustain urban infrastructure without affecting people.

Dr. Mark Goddard, the first blogger, was working at the University of Leeds and is now based at the University of Northumbria. He said, “Spending time in urban green spaces and engaging with nature provides a variety of benefits to human health and well-being, and robots are likely to change many of the ways we encounter and benefit from urban nature.

“Understanding how robotics and autonomous systems will affect our interaction with nature is vital for ensuring that our future cities support wildlife that is accessible to all.” This study was sponsored by the Engineering and Physical Sciences Research Council (EPSRC).