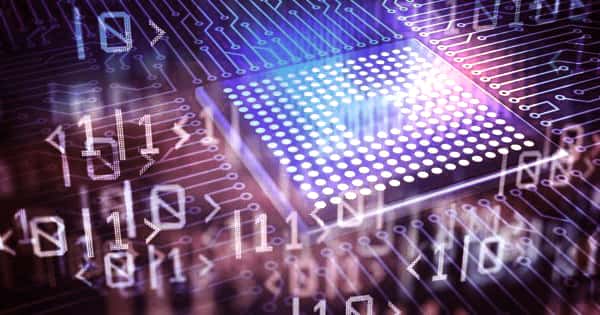 Scientists have made a major breakthrough in the development of large-scale quantum computers. Researchers led by City College of New York physicist Pouyan Ghaemi report the development of a quantum algorithm with the potential to study a class of many-electron quantum systems using quantum computers. Their paper, entitled “Creating and Manipulating a Laughlin-Type v=1/3 Fractional Quantum Hall State on a Quantum Computer with Linear Depth Circuits,” appears in the December issue of PRX Quantum, a journal of the American Physical Society. Quantum computers could potentially change the way we use technology, by allowing for the solving of problems that are impossible using today’s computers.

“Quantum physics is the fundamental theory of nature which leads to the formation of molecules and the resulting matter around us,” said Ghaemi, assistant professor in CCNY’s Division of Science. “It is already known that when we have a macroscopic number of quantum particles, such as electrons in the metal, which interact with each other, novel phenomena such as superconductivity emerge.”

The new breakthrough algorithm allows scientists to better know how many of those errors there should be, and where they might arise, which could be included within future devices to allow them to better correct errors.

However, until now, according to Ghaemi, tools to study systems with large numbers of interacting quantum particles and their novel properties have been extremely limited. Quantum computers could spur the development of new breakthroughs in science, medications to save lives, machine learning methods to diagnose illnesses sooner, materials to make more efficient devices and structures, financial strategies to live well in retirement, and algorithms to quickly direct resources such as ambulances.

“Our research has developed a quantum algorithm which can be used to study a class of many-electron quantum systems using quantum computers. Our algorithm opens a new venue to use the new quantum devices to study problems which are quite challenging to study using classical computers. Our results are new and motivate many follow up studies,” added Ghaemi.

On possible applications for this advancement, Ghaemi, who’s also affiliated with the Graduate Center, CUNY noted: “Quantum computers have witnessed extensive developments during the last few years. The development of new quantum algorithms, regardless of their direct application, will contribute to realizing applications of quantum computers. They found that the algorithm was able to successfully diagnose the noise in the system – finding issues that had not previously been detected.

The new breakthrough algorithm allows scientists to better know how many of those errors there should be, and where they might arise, which could be included within future devices to allow them to better correct errors.

Scientists are using the Higgs boson to find new physics