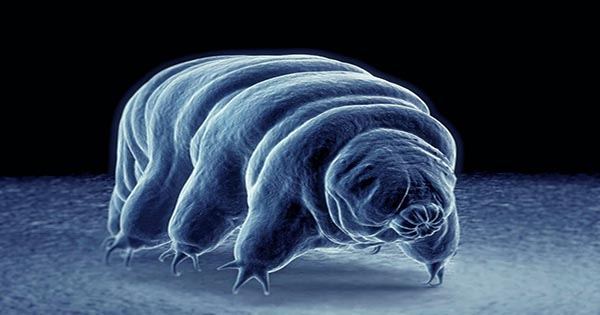 Tardigrades are among the tiniest animals, yet they differ from other microscopic species in several ways, the most notable of which is their leisurely walking technique, which has earned them the moniker “water bears.” A new study explains why invertebrates as small as a third of a millimeter (0.015 inches) long developed to walk instead of slithering like most other mobile species of similar size.

Tardigrades, sometimes known as “moss pigs,” are nature’s ultimate survivors, capable of being frozen, vacuumed, or exposed to 600 atmospheres of pressure; all while turning to glass and surviving.

It’s reasonable to assume that their mobility has been fine-tuned by evolution for survival, but microbiologists have been skeptical of the benefits of limbs on a soft-bodied animal. Researchers spent time under microscopes merely watching tardigrades of the species Hypsibius dujardini move naturally, and their findings were published in Proceedings of the National Academy of Sciences. They discovered that their movements are the most similar to those of insects of all the microscopic organisms.

“We didn’t put any pressure on them to accomplish anything. They’d get incredibly relaxed at times and just want to meander around the substrate. They’d see something they liked and run towards it at other times “Dr. Jasmine Nirody of Rockefeller University and the University of Oxford, one of the study’s authors, said in a statement.

The researchers discovered that tardigrades, like ants and crustaceans, move in the same way regardless of their speed, swinging three groups of two limbs together. This is in contrast to how a horse, for example, will transition from a walk to a trot to a gallop as it decides to speed up.

Despite tardigrades having eight legs, the similarities between water bears’ and insects’ walks may appear unremarkable from our elevated heights, yet there is a scale factor of about 100 times in each dimension between them. In addition, insects have a hard body, but tardigrades are nearly the only soft organism with legs.

This suggests that tardigrades, which have their own phylum since they are so different from other living things, either shared an ancestor with insects or evolved the same type of walk separately. Given the scale and habitat differences between insects and tardigrades, this suggests that there are some significant advantages to moving at this time.

The research does not advocate for either alternative, but the authors believe that if the correct answer can be found, both will have significant repercussions. Furthermore, tardigrades could serve as models for robots built to travel across rough surfaces at very small scales, whether the hypothesis is correct.

“We don’t know much about what happens at the extremities of locomotion — how to design a small walker that is efficient or how soft-bodied objects should move,” Nirody added.