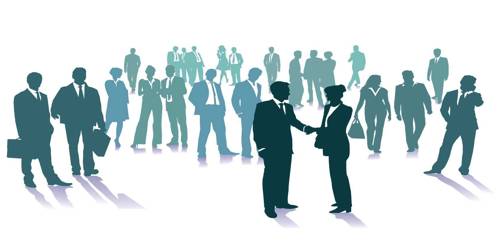 Society: A society, or a human society, is a group of people related to each other through persistent relations, or a large social grouping sharing the same geographical or virtual territory, subject to the same political authority and dominant cultural expectations.

Society came from the Latin word ‘Sociuse’ which means ‘companionship or friendship’.

According to RA MacIver- “Society is a state or quality of mind.”

In the words of Bushee- “Society is an association of individuals organized for given ends.”

In Business term- “Society is a group of people formed as a detach organization and which has as a stated reason some generous or munificent reason either in regards to the community at-large or in regards to the general interests of the members, and which operates as almost as possible at cost.”

Human societies are characterized by patterns of relationships (social relations) between individuals who share a distinctive culture and institutions; a given society may be described as the sum total of such relationships among its constituent members.

What is an anecdote?

Define and Describe on Partnership Deed

Superiority of Joint Stock Company over other Forms of Business Firm