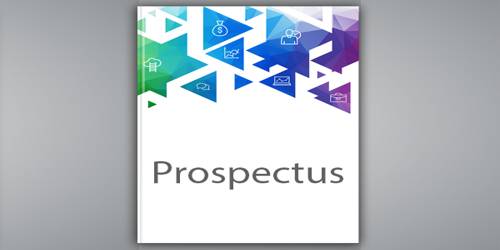 Statement in lieu of Prospectus

Statement in lieu of prospectus is a document issued by the company when it does not offer its securities for public subscription. It is mandatory for the Public Limited Company to distribute the Prospectus but it is not compulsory in all aspects. It gives practically the same information as a prospectus and is signed by all the directors or proposed directors. It is also possible to adopt an alternative to the prospectus. It is not necessary to distribute prospectus for the company if the directors are able to raise the required funds by selling the shares and debentures to their friends and relatives. If the company used the alternative of the prospectus, it will be necessary to submit that copy to the registrar. It is called a substitute prospectus or substitute circular. This substitute holds all the items that are being required in the original prospectus and it needs to be signed or attested by the directors. In case the company has not filed a statement in lieu of prospectus with the registrar, it is then not allowed to allot any of its shares or debentures. Such a statement must be signed by all the directors of the company and then filed with the registrar.

A statement in lieu of prospectus contains the following information

The object of these documents is to convince the public to make an application for shares or debentures in the company. It is essential for a public company to issue prospectus only if they wish to invite public to raise the company’s capital. It must be submitted to the registrar’s office before publication. If they don’t necessitate public for raising capital and can formulate arrangements of raising capital with the facilitate of their friends, relatives or underwriters, it is not necessary for them to issue a prospectus. But as a substitute, they have to file a statement in lieu of Prospectus with the Registrar.

A public company is entitled to subscribe to its shares by means of a prospectus after receiving the certificate of incorporation. Every copy issued to the public must, on the face of it state that a copy has been so submitted to registrar’s office.