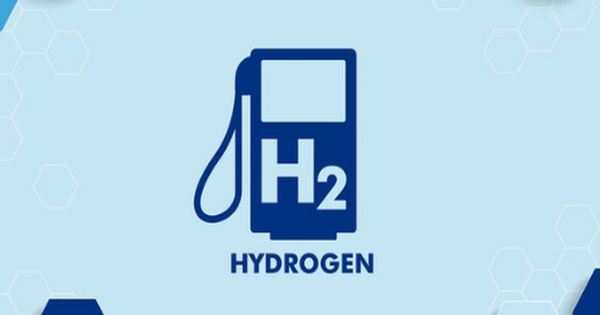 University of Georgia researchers have created an inexpensive, spark-free, optical-based hydrogen sensor that is more sensitive – and faster – than previous models. The new optical device is based on the nanofabrication of a nanosphere template that is covered with a palladium cobalt alloy layer. Any hydrogen present is quickly absorbed and detected by a light-emitting diode, and the intensity of the light transmitted is recorded by a silicon detector.

Hydrogen, as a clean, renewable alternative to fossil fuels, is an important component of a sustainable energy future that is already here. However, concerns about flammability have kept hydrogen from being widely used as a power source for electric vehicles. Previous advancements have reduced the risk, but new research from the University of Georgia has put it in the rearview mirror.

A new study documents an inexpensive, spark-free, optical-based hydrogen sensor that is more sensitive – and faster – than previous models.

Hydrogen vehicles can refuel much faster and travel much further without needing to refuel than today’s electric vehicles, which run on battery power. However, securing a safe method for detecting hydrogen leaks is one of the final hurdles to hydrogen power. A new study published in Nature Communications describes a low-cost, spark-free optical-based hydrogen sensor that is more sensitive – and faster – than previous models.

“Right now, most commercial hydrogen sensors detect a change in an electronic signal in active materials upon interaction with hydrogen gas, which can potentially induce hydrogen gas ignition by electrical sparking,” said Tho Nguyen, associate professor of physics in the Franklin College of Arts and Sciences and project co-principal investigator. “Our spark-free optical-based hydrogen sensors detect the presence of hydrogen without the use of electronics, making the process significantly safer.”

Not just for cars

Hydrogen power can be used for much more than just powering electric vehicles, and flammability mitigation technologies are critical. Robust sensors for hydrogen leak detection and concentration control are required at all stages of the hydrogen economy, including production, distribution, storage, and utilization in petroleum processing and production, fertilizer, metallurgical applications, electronics, environmental sciences, and health and safety-related fields.

Response time, sensitivity, and cost are the three major issues with hydrogen sensors. The current mainstream technology for H2 optical sensors necessitates the use of an expensive monochromator to record a spectrum, which is then analyzed using a spectral shift comparison.

“With our intensity-based optical nanosensors, we go from detection of hydrogen at around 100 parts-per-million to detection of hydrogen at around 2 parts-per-million at a cost of a few dollars for a sensing chip,” Tho explained. “Our response time of.8 seconds is 20% faster than the best available optical device currently reported in the literature.”

The new optical device is based on the nanofabrication of a nanosphere template that is covered with a Palladium Cobalt alloy layer. Any hydrogen present is quickly absorbed, and an LED detects it. The intensity of the light transmitted is recorded by a silicon detector.

“All metals absorb hydrogen, but we were able to set a new benchmark for how fast and sensitive these sensors can be by finding the suitable elements with the right balance in the alloy and engineering the nanostructure to amplify subtle changes in light transmission after hydrogen absorption,” said George Larsen, a senior scientist at Savannah River National Laboratory and co-principal investigator. “All while keeping the sensor platform as straightforward as possible.”

The role of renewable energy sources is becoming increasingly important as the global climate changes. Hydrogen has the potential to be an important energy carrier in the transition away from fossil fuels. However, in order to ensure safe operations, a highly reliable and sensitive hydrogen sensor for leak detection is required. The U.S. Department of Energy and the SRNL’s Laboratory Directed Research and Development Program are the primary funding sources for the research.