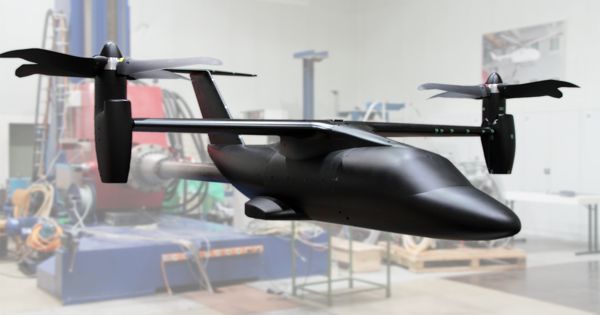 A team of U.S. Army engineers and industry collaborators have designed a testbed to help design a reliable tiltrotator aircraft in a broader program. The team plans to test the TiltRotor Aeroelastic Stability Testbed or TRAST in a large wind tunnel at the NASA Langley Research Center to assess the efficacy of current tiltrotor stability models. This is because the US is looking to build a tiltrotor aircraft for potential operating requirements.

A team of US Army researchers and industry partners has constructed a testbed that will help in a larger program of designing a stable tiltrotor aircraft.

These aircraft can fly in the air and move at high speeds, mixing the advantages of a helicopter and an aircraft. Tiltrotors give the Army an immense opportunity in terms of speed and vertical lift capabilities. Unlike other planes, they can float in the air like a helicopter or fly forward at high speeds like a plane based on the direction of their rotors.

The ability to transition between the two types enables tiltrotators to draw on the benefits of both rotorcraft and fixed-wing aircraft, depending on the situation. However, the tiltrotators face significant stability problems since they are equipped with powerful engines with large rotors at the end of the wings, a feature that produces intense aerodynamic forces called a whirl flutter.

“Currently, the max speed of conventional helicopters is around 160 to 180 knots,” Kreshock said. “Tiltrotors can achieve 300 knots. We’re looking at almost doubling the speed of our current fleet and thus increasing our range by almost twice as much in the same flight time.”

But despite their flexibility, tiltrotators face significant stability problems due to the location of extremely powerful engines and massive rotors at the end of the wings. Interaction between the propellers and the wings can produce a harmful phenomenon known as a whirl flutter, where powerful aerodynamic forces cause the structure of the airframe to shake violently and even to crash.

As a result, tiltrotators are difficult to build correctly, and researchers continue to validate the methods required to predict how different tiltrotator configurations can operate against the whirl flutter. According to Kreshock, TRAST allows researchers to create state-of-the-art analysis tools that open up the prospect of new tiltrotor designs.

“Helicopters have gone through many generations from when they were first built to now, but the only tiltrotor in production is the V-22 Osprey,” Kreshock said. “And the tools developed for predicting stability in the V-22 were made in the 1960s and 1970s. Because we have better computers now, we can model as many degrees of freedom as we need compared to the tools from decades ago.”

In order to predict the whirl flutter behavior in TRAST, Kreshock and his team used various research codes for different parts of the tiltrotor structure. They used a structural code called NASA Structure Analysis, or NASTRAN, to model wing aerodynamics and two related programs—the Detailed Analytical Model of Rotorcraft Aerodynamics, or CAMRAD, and the Rotorcraft Comprehensive Analysis Method, RCAS—to model the rotorcraft.

Via the combination of these three programs, the team isolated the aerodynamic behavior of the individual aircraft components and then used this knowledge to estimate the stability limits of the TRAST model. Once researchers have tested the TRAST model in the wind tunnel, they may compare how well the predictions produced by the analysis codes fit the real behavior of TRAST in the face of the intense whirl flutter.

According to Kreshock, the new tiltrotators, such as the V-22 Osprey, struggle with the problem of whirl fluttering by strengthened airframes and thick airfoils, which greatly raise the weight of the aircraft. He claims that TRAST will help the Army discover new design solutions for tiltrotators that address the whirl flutter dilemma in a number of ways, such as wing extensions.

“Compared to civilian aircraft, the Army always pushes their aircraft to the limit,” Kreshock said. “In order to meet this demand, we need to improve the stability predictions so that we not only have more efficient aircraft but also be able to test new technology in the future.”

This occurrence shakes the foundation of the airframe violently and can also cause aircraft collapse. TRAST can help researchers create new simulation tools that will help them investigate the various design opportunities for tiltrotor aircraft.