Home Chemistry What is Electrolytic Cell? 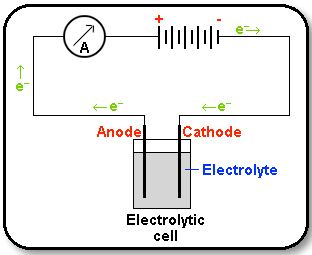 When a direct electric current is passed through an electrolyte (such as a molten salt or an aqueous solution of a salt, add or base), chemical reactions take place at the contacts between the circuit and the solution. This process is called electro-pyrolysis.

When copper iodide is electrolysed, the following reactions take place:

These reactions are the opposite of those which would happen spontaneously in a voltaic cell.