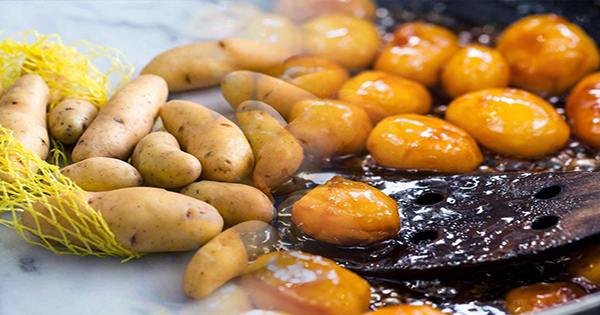 A DNA test will perform on what could be the world’s largest potato to see if it is, in fact, a potato. Last August, Colin and Donna Craig-Brown, a couple from near Hamilton, New Zealand, discovered an absolute unit of potato in their vegetable garden (please notice that we are using the term “potato” rather than “alleged potato” for clarity). The potato, dubbed Dug, weighed a massive 7.8 kilos (17.2 pounds), making it a candidate for the title of world’s largest spud.

“When we uncovered this lump of tuber, we wondered, ‘What is this?’ Was it some kind of weird fungus growth?’ When the potato became international news, Colin informed the Washington Post. They explained how they dug and dug, only to discover more and more potato until they finally dug out the monster potato. Colin ate a chunk of potato and exclaimed, “Honey, it’s a bloody potato!” The potato withstood the initial round of testing, which included Colin chewing a chunk and exclaiming, “Honey, it’s a bloody potato!”

The pair entered the potato into the Guinness Book of World Records. If Dug is a potato, he should easily smash the existing world record of 4.98 kilos (10.98 pounds), which is a baby potato in comparison. The pair has now been informed that the Guinness Book of World Records requires a DNA test to confirm that it is indeed what they believe it is before awarding dug the record. “Do they believe I tampered with it genetically?” Colin expressed his thoughts on the request. “It’s been an emotional rollercoaster,” she said, “and while it’s terribly deflating, I want to prove them wrong.” We shall comply with all of their demands.”

The pair is worried that while they wait for the record to be certified, Dug will lose weight and get moldy. While they wait for confirmation, they have put Dug in the freezer to attempt to slow down the process. Peter Glazebrook grew the heaviest potato, which weighed 4.98 kg (10 lb 14 oz) (UK). On September 4, 2011, it weighed at the National Gardening Show at the Royal Bath & West Showground in Shepton Mallet, Somerset, UK.