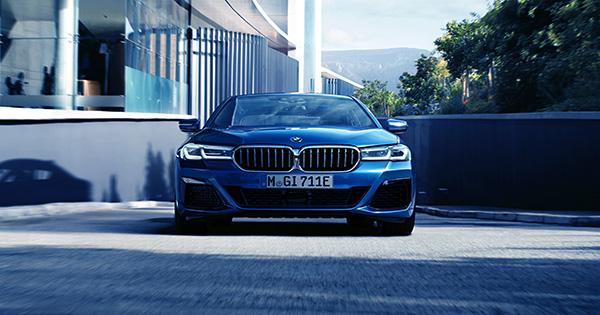 The BMW M3 has become a household name for generation after generation thanks to its seamless fusion of exhilarating performance and luxurious features. The livable demeanor of the ordinary sedan is sacrificed with the introduction of the 2024 M3 CS, which is considerably more extreme than the track-focused M3 Competition.

Utilizing Maximum Boost: Higher power output is the main difference between the limited-edition M3 CS and the rest of the range. BMW modified the CS’s twin-turbo 3.0-liter straight-six engine to produce a total of 543 horsepower, which is 40 more than the Competition’s 503 horsepower and 70 more than the normal M3’s 473 horsepower. The increase in engine boost pressure from 24.7 psi in the Comp to 30.5 psi in the CS is mostly responsible for the added power. 479 pound-feet of torque is the same in both variants.

The cooling system for the CS uses technology that was originally developed for the M4 GT3 race vehicle and is not just built to withstand the extra power, but also the rigors of track use. Similar to the M4 CSL, the engine mounts are much stiffer to produce a more robust link between the engine and the car’s frame. Consequently, anticipate the increased intensity of noise, vibration, and harshness.

Every M3 CS comes equipped with an eight-speed automatic transmission and an all-wheel-drive setup that is geared to the rear. Drivers can switch from the xDrive “4WD” settings to “4WD Sport” in the M Setup menu, which sends significantly more torque from the engine to the rear wheels. Alternatively, drivers seeking to engage in sideways antics can deactivate stability control and activate “2WD,” which distributes power directly to the back wheels, just like in an all-wheel-drive Competition vehicle. According to BMW, the new M3 CS accelerates from 0 to 60 mph in just 3.2 seconds. When equipped with the M Driver’s package, it is reported to have an electronic top speed limiter that restricts it to 188 mph.

Generous Serving of Carbon Fiber: BMW generously employs carbon-fiber-reinforced plastic on the M3 CS to shed as many pounds as feasible from the Competition. The lightweight material is used to construct the roof, hood, front splitter, front air intakes, exterior mirror caps, rear diffuser, rear spoiler, center console, shift paddles, and interior trim strips. Even the titanium rear silencer installed on the CS’s exhaust is estimated to weigh less than eight pounds less than the stock setup. The 2024 M3 CS weighs around 75 pounds less than the M3 Competition with conventional M Sport seats, which is what “CS” stands for in BMW lingo. Though not as remarkable as the M4 CSL’s weight drop of 240 pounds, it is still around one fourth-grader lighter than the M3 Comp.

The M3 CS comes standard with 275/35ZR-19 front and 285/30ZR-20 rear Michelin Pilot Sport Cup 2 high-performance tires (a standalone set costs $1874 on Tire Rack). If the Cup 2s are not optioned, the CS comes standard with summer tires that are more typical and are available in the same sizes. No of the tire, CS models have unique matte-black or gold bronze M-specific wheels with a unique V-spoke design.

While standard on the M3 CS, power-adjustable heated seats are an option on the M4 CSL. The seats’ striking design mixes black with Mugello red highlights, contrast stitching, and Merino leather upholstery. Aside from that, the CS really includes rear seats, unlike the CSL, so passengers can bring friends or family along.