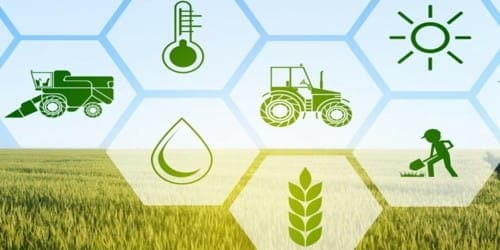 Agriculture always plays an essential role in the economy of every country. The term agriculture comes from the Latin word ager which means field and cultura that means cultivation. Agriculture basically involves the cultivation and production of crops and livestock products. A country is usually believed to be a social, political and economically stable nation if the agricultural sector is very stable.

Agriculture represents a very important development in human history. The history of agriculture dates back to several centuries. Agriculture was created by these our early ancestors as the means of providing for themselves, the main thing they could not do as nomads. It began in different parts of the world independently about 105,000 years back mostly by the collection of wild grains for the purpose of eating. Here is how different countries were involved in this activity:

The most important aspect of agriculture for us today carries on as it did with our ancient ancestors who began this practice, to provide food for the people. Similarly, the domestication of various plants and animals is being done in many other parts of the country for thousands of years.

It is important to improve the agriculture sector because it creates job opportunities for its citizens. The development in the field of science and technology led to the use of modern techniques in agriculture. Food is a very important part of our societies, it is a basic need of every living thing, agriculture is particularly important because it is our main source of the food supply. While it has contributed a great deal to the development of the agriculture sector, modern technology has also had certain negative repercussions on the sector. However, the increase in job opportunities is not only on farms but also in the processing, advertising and packaging of the agriculture product.

Agriculture is known as the backbone of the developing countries. Like every other sector, the agricultural sector has also evolved over the centuries and its development has brought about certain positive and negative repercussions to society. Thus, if the agriculture sector is improving, it will definitely benefit the developing countries by decreasing its unemployment rate.

May Day – a Mournful Day