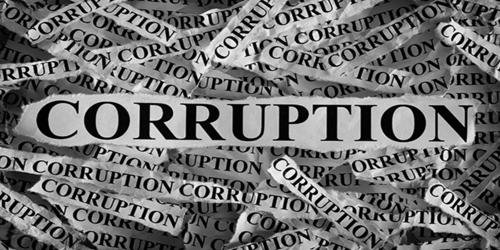 Bangladesh is a small country with growing problems. Bangladesh’s struggle to become an independent and developed country has been difficult, thus making it one of the poorest countries in the world. Among all the problems, corruption is a great one. Corruption means adopting illegal practices to gain anything. It always goes against the interest of others. Corruption is a fester epidemic in Bangladeshi society, penetrating the very fabric of the people’s lives.

Taking bribes, nepotism, misuse of power are some examples of corruption. The education department, the police department, the judicial department, the health department are the most corrupt sectors. Corruption not only cripples the economic development of a country, but it also damages capital accumulation, increases income inequality, poverty, and reduces the effectiveness of development aid.

There are many causes behind it. The first and foremost cause is a lack of morality. Lack of transparency and accountability is another cause. So-called politics and lack of patriotism are also responsible for corruption. The problems of unemployment, illiteracy, population explosion also contribute to it. Bangladesh’s vulnerability to natural disasters unquestionably leaves more than half the nation dependent on water, which is now their means of living. Effects of corruption are many Law and order situation is getting out of control for corruption. Corrupt people are becoming like a beast. It is hampering the overall development of the country. It has spoiled the image of the country. People in Bangladesh are unable to meet the basic necessities of life and consequently, this triggers poverty. Economic depression is going on throughout the country. Corruption is like an ongoing cycle, which has deepened its roots, and it will take time to reform society. No prosperity is possible for it.

The following measures can be prescribed to solve the problem. Firstly, all should be truly educated. Secondly, corrupt persons must be punished. Thirdly, people should be made aware. Fourthly, problems of illiteracy, population, and poverty should be removed. Fifthly, the salary of low-paid employees should be increased. Sixthly, honest people should be appointed in jobs. Last, of all, we should be right before giving any advice.

Besides, some prominent maintainable aspects are as follows:

However, quite obviously it is impossible to change some people’s immoral beliefs and views. Governments are usually the most crucial part of a nation’s triumph, but if the government to start with, is corrupted, they are unlikely to find solutions, which can eradicate Bangladesh’s vulnerability of natural disasters.