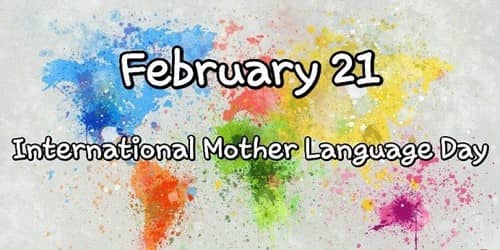 In the history of our country, people of the country have many days to remember. 21st February is a mentionable one. It is a red-letter day in our life. The day has a long glorious historical background. As a result of the proposition of the Bangladesh government, the day was recognized by UNESCO. 21st February is International Mother Language Day. From then the day came into existence. Our Language day, “Omor Ekushe February” was declared as International Mother Language Day by UNESCO On November 17, 1999. It is a matter of great regrets that, the then rulers of Pakistan tried to impose ‘Urdu’ as the state language upon us instead of Bangla. Then the people of our country raised their voice against this unlawful decision. Police opened fire on a procession in Dhaka and killed many Protestants. Rafiq, Salam, Jabbar, Barkat were among those who sacrificed their lives for this great cause. Since then 21 February is observed every year with due honor in our country as the ‘Shaheed Dibosh.’

People generally pass the day by way of attending the seminar on the day. They laid a wreath in the Shaheed Minar. On this day, at dawn people wearing black badges on their shoulders go to the “Shaheed Minar” barefooted with flowers to pay homage to the martyrs. At that time everybody is barefooted. They go there with a procession. People who take part in the procession are singing a chorus “Amar Bhiar Rokte Ranghano Ekushey February, Ami ki Bhulite pari”. On the occasion of this day social, political and cultural organizations arrange different cultural functions.

The day is important for the people of Bangladesh. The day has great significance for us. It has a great image and tradition in the country. Because on that day of 1952, our Golden sons laid down their valuable lives for the recognization of our mother tongue. This is a national holiday. The day is now annually observed globally to promote cultural diversity and multilingualism. We observe this day with due honor and dignity. As a Bengali, I am proud of the day. This day is a source of inspiration for us. Because the day got recognition internationally and it is now observed all over the world. We are proud of the day.

Contribution of Women in nation-building