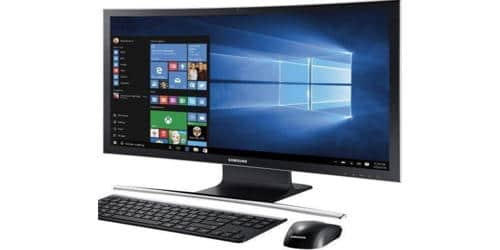 Computer – a Blessing of Science

In this modern age, science has progressed at its zenith. Scientific research has brought a great revolutionary change as well as advancement. The computer is a wonderful invention of modern science. It is an ultra-modern electronic device for storing and analyzing information fed into it. It has no capacity to do anything by itself. It works on the basis of commands given by the operator.

The computer was not invented overnight. It took a long time and hard labor to invent the computer. Many votaries of science worked hard. First of all, Pascal invented the theory of the “Digital Calculating System” in 1642. Though his attempts were not crowned with success, he initiated the research which paved the way to the invention of the computer. Finally, Mr. Howard Akin, an American scientist invented such a machine in 1937 that could do difficult sums. So, the credit for the invention of the modem computer goes to Howard Akin. After seven years electric computer was used at Harvard University in 1944. After that many other computers have been invented such as EDSAC in 1945 and ENTACE in 1946 etc. Science and technology have much progressed in the field of computer technology.

A computer consists of five major components. They are the input unit, the output unit, the memory unit, the control unit, and the arithmetic unit. A computer performs three functions, such as it receives data, processes data by various computations, and emits data.

The computer is of great use to us. It renders great service to mankind. It is like Aladdin’s magic lamp or a magic wand. It has lessened our workloads and made our life easy and comfortable. It is used in our daily life for various purposes.

It is a fact that a computer is supposed to be a great blessing, the advantages of which are countless. Nowadays business, commerce, and trade cannot be thought of without a computer. It does wonder. It is used to prepare documents, to make lists of goods, store information and to prepare a budget, etc. Its systems have so much modernized that the data of all the individuals of a society can be stored on a single disk. The value of the currency and the price of any share can be known instantly by the computer. It stores a vast memory which can be taken out in seconds.

Today printing cannot be thought of without a computer. It is an indispensable part of printing. Thousands of books are composed with the help of computer within a very short time. In developed countries, the computer is used to run mills, factories, and industries. Trains and planes are run by the computer. The computer is a source of great income. Many developed and advanced countries export software and hardware and earn a lot.

The computer is of great use to us. Computer technology is the fastest media that keeps us very close to other people and the element of the time period has been completely wiped out. We cannot go for a single moment without computers. It has widened man’s eyes for further exploration. It is part and parcel in our daily life. It seems as if there won’t be any end to this scientific technology.