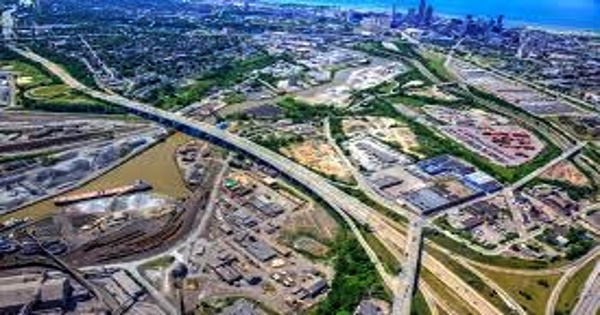 Transport infrastructure development is a critical issue for states, which spend billions to connect cities. But what is their true impact on the municipalities involved? Researchers from the University of Geneva (UNIGE) and the Università della Svizzera italiana (USI) studied the evolution of the income composition of Swiss communities after they were connected to the highway network. By analyzing data from 1950 to 2010, they discovered that while this enhanced accessibility benefits wealthier people significantly, the indirect costs fall disproportionately on persons with low incomes. The findings can be found in The Economic Journal.

The Swiss national road network alone costs roughly CHF 2.5 billion per year to maintain and improve. These transportation infrastructures have the potential to alter regional disparities and have an economic impact on the most distant locations. But what are the true consequences for municipalities if they are linked to the highway network?

“Several studies have already shown that one of the consequences is an increase in the population of newly accessible municipalities, but no one has ever looked at the evolution of the composition of households belonging to different income categories in these same municipalities as a result of this change. That is exactly what we have done here” Frédéric Robert-Nicoud, professor at the UNIGE’s Faculty of Economics and Management (GSEM), explains.

Several studies have already shown that one of the consequences is an increase in the population of newly accessible municipalities, but no one has ever looked at the evolution of the composition of households belonging to different income categories in these same municipalities as a result of this change. That is exactly what we have done here

60 years of data compiled for Switzerland

The researchers examined four types of data for the period 1950-2010 to examine the changing composition of the population in Swiss municipalities: taxpayer data for various income categories, population censuses, data from the Federal Office of Transport on the evolution of the motorway network, and the household expenditure survey. “We did this work for 2480 Swiss municipalities, and specifically for the 780 so-called non-urban municipalities – i.e. with fewer than 10,000 inhabitants – that were connected to the motorway network, in order to observe the real effects of this new accessibility,” explains Raphael Parchet, professor at the USI’s Institute of Economic Research.

Beneficial effects mainly for the richest

The first result confirms other countries’ studies on the increase in population of municipalities newly connected to the highway network, with a 14 percent increase in the number of homes. Access to the highway network does, in fact, facilitate access to employment, schools, shops, recreational activities, friends, and family circles. It also makes it easier for couples with two working spouses or separated couples with shared childcare to choose a place.

“What is new is that the number of households in the richest 10% of the population (those with a taxable income of more than CHF 129,500 per year) is increasing by 42 percent, while the number of households below the median taxable income (earning less than CHF 58,900 per year) — i.e. the 50% — is increasing by only 5 percent,” Frédéric Robert-Nicoud notes. However, the wealthiest households were initially under-represented in these towns. “We can observe that connecting to the highway network leads to a better mix of households in these communities,” the Geneva researcher explains. The relative increase in the number of well-to-do households can be explained by the fact that they drive more than low-income households.

This first discovery is one of the direct benefits of accessibility, but the research team also emphasizes the indirect effects. “When a municipality is connected to the highway network, its access to employment, shops, and activities improves, making it more appealing and leading to an increase in land and property prices,” argues Raphael Parchet. As a result, the cost of rising land prices falls disproportionately on the poorest households, who spend over 40% of their income on housing, compared to 15% of income for the wealthiest households. As a result, wealthier people benefit significantly from highway access, while low-income people bear the brunt of the indirect costs.

The study’s final finding addresses the physical footprint of urban centers. “When a city is freshly connected to the highway network, it spreads out horizontally because the motorway network makes the neighboring countryside more appealing and accessible,” observes Frédéric Robert-Nicoud. “Connecting to the highway network reduces the population of metropolitan centers by 29% in the long run.” The same is true for employment, 18% of which are eventually decentralized.

This study examines the impact of road network densification on the composition of municipalities. “Car ownership and use is a luxury; housing is a necessity. As a result, the advantages of highway access accrue disproportionately to the better-off segments of the population, while the expenses disproportionately harm those with lesser incomes. In the end, villages with access to the highway network became appealing to all, but the better-off profited the most “Raphael Parchet comes to a close.

Your first day at school