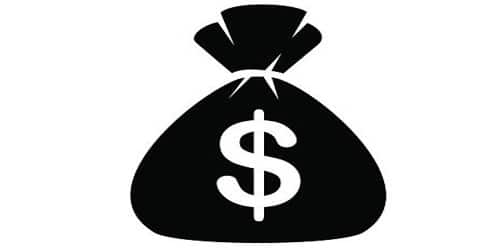 Black money is money earned through any illegal activity controlled by country regulations. It is the chief inhibiting factor in the process of national economic development. Such money can be earned through legal, illegal and extra-legal means. It proceeds are usually received in cash from underground economic activity and, as such, are not taxed. It has been a major problem in all spheres of the economy. The nation must get out of the evil net of black money.

High Tax Rate – An unrealistic and disproportionate increase in taxes and duties compel some people to evade tax and accumulate black money. The increase in taxes and duties has forced people to take the route to illegal wealth accumulation. This is the reason why professionals who earn more tend to hide their income so that they don’t have to pay tax. There is an argument that if income tax is reduced there is less likelihood of hiding the income and paying more tax.

Price Control Policy – Another cause of black money is the price-control policy of the govern­ment. The prices of certain commodities such as fertilizers, sugar, cement, etc are regulated by the government by way of its Price Control Policy. The policy is rigid and does not go by the ups and downs in the market.

Different Excise Duty Rates – Within similar products, there are different rates of excise duty. The government has set dissimilar rates for excise duty based on the quality of products. In order to avoid paying a higher rate of excise duty, the manufacturers at times downgrade a product. In textiles, separate rates of excise are charged for a cloth of different varieties. This leads to the generation of black money.

Quota System – The government has set a certain quota for export, import, and foreign exchange. The import quota, the export quota, and the foreign exchange quota are generally misused by selling them at a premium. While this is set for the benefit of the people it is often misused to accumulate black money.

Inflation – The high inflation rate is also known to be one of the causes. Smuggling, illegal transport of drugs and corruption are also major fields in which black money can be seen.

My School Picnic to Zoo