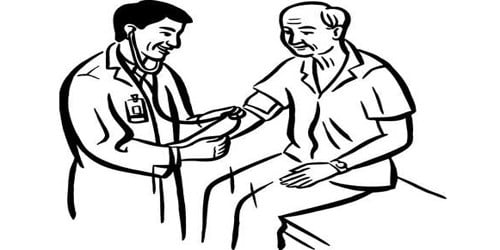 A person who treats the poor villagers is a village doctor. He is a person who gives medicine and treatment with his little knowledge of the village people. He is a familiar and prominent figure in the village. He is a man of great importance in rural society. A village doctor gives treatment to the village patients. He is well known to almost every villager. He has a great demand in the village. He is generally a quack. He is not a well-educated person. He does not know much about medicine. He generally gathers experience by working under a qualified doctor or in a medicine shop. He works with a qualified doctor for a few years and receives training under him. Then he sets up a dispensary in his own village. He keeps some common and necessary medicines. He is a quack. He opens his dispensary early in the morning. His chamber is usually seen in the market. He examines the patients in his own dispensary and supplies them with medicine. He renders great services to the villagers when they fall ill. He stands by the villagers in times of danger. He can deal well with common diseases. He goes out on a visit on private calls. People from different communities in the village come to him. He sits in the dispensary, examines the patients and gives medicines.

He is an important man in the village. He is very active, punctual and dutiful. He has got a high position in the rural society as he pays the villagers a helpful service at any time. He tries his best to cure the patient but takes little fees from them. He is locally respected much. He is a very popular and familiar figure to the villagers. He treats his patients with a nominal fee from the patients. He does not mind if anyone does not pay him. The income of a village doctor is hardly sufficient, so he has to maintain his family through hardship. Very often he has to go out in the village to see his patients. He is somewhat responsible for the health condition of the villagers. In the absence of any qualified doctor, a village doctor renders useful services to the villagers. Therefore, he should be trained more practically by the government for the better treatment of the villagers. Actually, he is the best friend of the villagers. He is respected and loved by all. He doesn’t hanker after money. Duty to mankind is his motto of life.

Teaching as a Profession