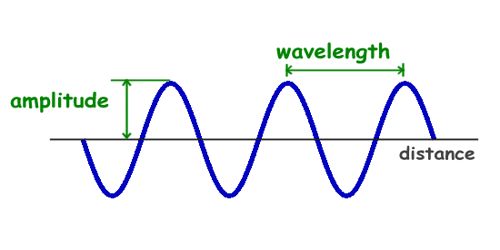 Amplitude of Wave: When a wave propagates through a medium the maximum displacement of a particle of the medium is called amplitude of the wave. As waves travel, they set up patterns of disturbance. The amplitude of a wave is its maximum disturbance from its undisturbed position. Take care, the amplitude is not the distance between the top and bottom of a wave. In fig., the perpendicular distance of A. C or E from the line BF is the amplitude “a”. 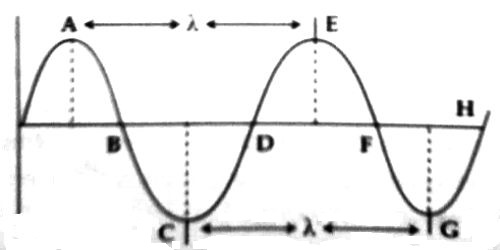 The amplitude, ‘a’, of a wave is the distance from the centre line (or the still position) to the top of a crest or to the bottom of a trough. Be careful with this quantity – the centre line is not always given in a diagram. Amplitude is measured in metres (m). The greater the amplitude of a wave then the more power it is carrying.

We hear radio and watch TV that is the waves which we use. These are periodical interruption in medium. The quantities that are used for waves include Frequency, amplitude, wavelength, and wave speed. The amplitude of wave is resolute by measuring the graphical representation of wave. It is distance of wave from its centre line to its still position. This is the distance to the top side of crest or the bottom of trough.

Define Musical Sound and its Characteristics

What is Standing Waves?