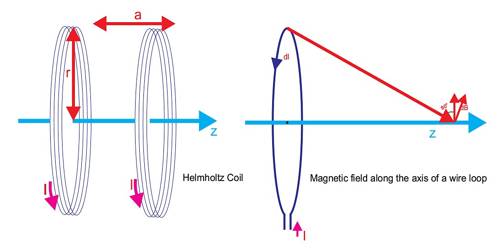 Biot-Savart’s law is an equation that gives the magnetic field produced due to a current-carrying segment.

There are different applications of Biot-Savart’s law in electromagnetism. Two of them are discussed below:

(b) Magnetic induction at the center of a circular coil carrying current. 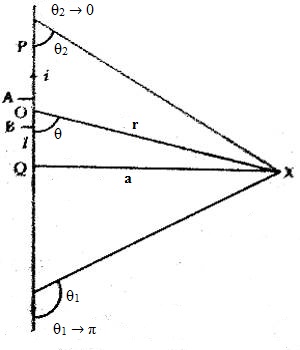 Let a very small section AB of that wire be taken. Let its length be dl. Suppose the distance from the center point O of that portion to the point X is r and angle ˂XOQ = θ.

So, the magnitude of the magnetic field obtained by solving the Biot-Savart Law for current element point X is,

Investigates: On which quantity the magmatic intensity prot1uced for a current-carrying wire or for magmatic poles depends.

Now, suppose ‘i’ ampere current is flowing through one turn of the circular wire radius of ‘r’ meter [Figure]. Magnetic induction at the center of the coil is to be determined due to the flow of current through the coil. 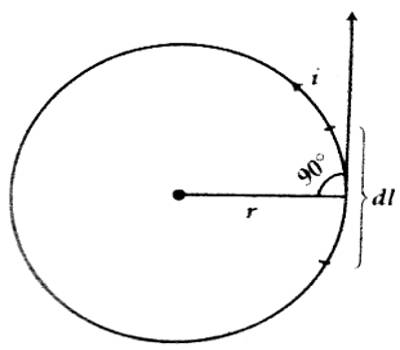 According to the description and Biot-Savart’s law magnetic field produced at the center of the wire due to flow of current through the small portion of length ‘dl’ of the conductor is,

Here sin α = sin 900, since the tangent at the mid-point of that portion and the radius drawn at that point are mutually perpendicular. Of course, this magnetic field will act normal to the plane that contains the circular conductor.

Some other applications of Biot Savart Law include the following –