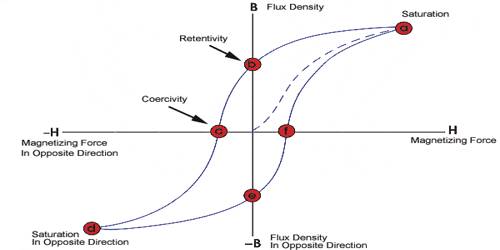 Retentivity is a determination of the residual flux density corresponding to the saturation induction of a magnetic material. In other words, it is a material’s capability to retain a definite amount of residual magnetic field when the magnetizing force is detached after achieving saturation. 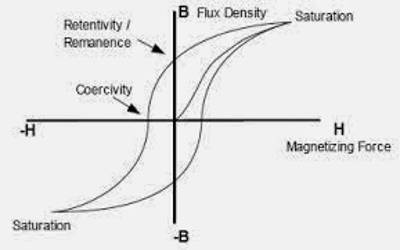 Example: If a piece of soft iron is magnetized by induction, and later the inducing magnet is removed, it will lose its induced magnetism immediately.

But if instead of soft iron piece, there were a piece of hard steel, it would be seen that when the inducing magnet is removed, the steel piece will continue to behave like a magnet for some time. In other words, steel may be said to have retained magnetism whereas, the soft iron piece did not.

This power of magnetism after the inducing activity is removed, is called Retentivity of a substance. Retentivity is used for remanence measured in units of magnetic flux density.

What is Magnetic Susceptibility?