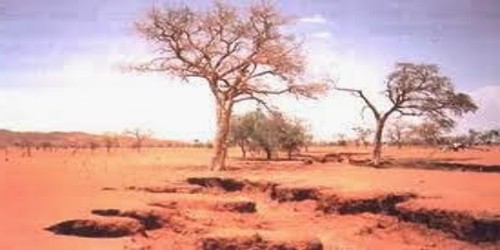 Arid soils are one of the most prevalent soil orders in the world. They are generally sandy in structure and saline in nature. Arid soils range from red to brown in color. It typically contains high levels of calcium carbonates, gypsum, as well as sodium. 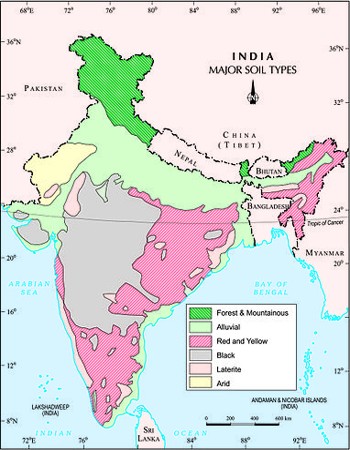 In some areas, the salt content is so high that common salt is obtained by evaporating the saline water. Due to the dry climate, high temperature, and accelerated evaporation, they lack moisture and humus. Due to limited moisture and accumulated soluble salts, these soils are generally not suited for major crop production. Nitrogen is insufficient and the phosphate content is normal. Lower horizons of the soil are occupied by ‘kankar’ layers because of the increased calcium content downwards. The ‘kankar’ layer formation in the bottom horizons restricts the infiltration of water, and as such when irrigation is made available, the soil moisture is readily available for a sustainable plant growth. Arid soils are characteristically developed in western Rajasthan, which exhibits characteristics and topography. These types of soils are deficient in nitrogen but have a high content of phosphates. It is unfertile but its fertility can be improved by adding lime or gypsum. These soils are poor and contain little humus and organic matter. This soil is suitable for the production of crops such as wheat, tobacco, millets, barley, maize, pulses, cotton, etc.

Structure of Epidermis in Plants