Due to the scarcity of food, Succharonrices undergoes this reproduction. 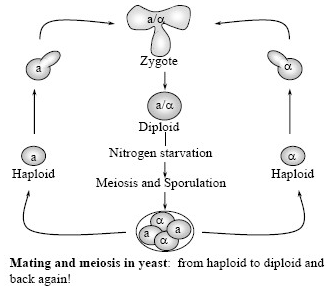 i) In this time, the mother cell increases in size and its nucleus divide twice, mitotically giving rise to four nuclei

ii) Each nucleus is surrounded by cytoplasm, turns into a spore.

iii) Each spore Is then covered with a thick cell wall Now this type of cells are called Ascospores.

iv) The Ascospores, surrounded by a thick wall as a whole is known as Ascus.

v) They pass few days inactively but in favourable condition soon they come out breaking the astray wall and reproduce by the budding method.

Describe on life cycle of Mosses