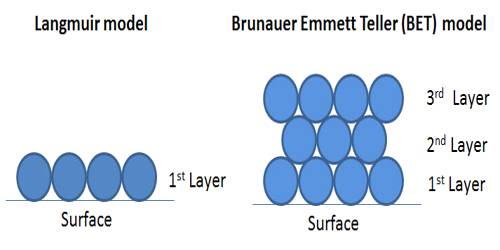 BET analysis provides precise specific surface area evaluation of materials by nitrogen multilayer adsorption measured as a function of relative pressure using a fully automated analyzer. This information is used to predict the dissolution rate, as this rate is proportional to the specific surface area. 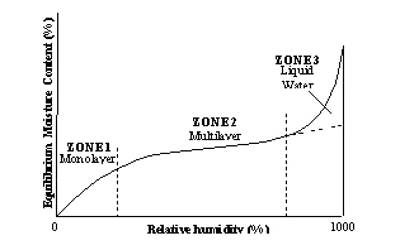 In Figure (general isotherm) is shown a usual form of Langmuir isotherm at high pressures. After the unimolecular layer formation is completed, the multilayer begins to form and consequently, the volume of the gas adsorbed rises instead of becoming nearly steady. This behavior is reflected in the linear plot Figure along ‘be’. Brunauer, Emmet, and Teller have developed, from kinetic considerations, an isotherm where provision is made for the formation of the multilayer. This isotherm is known as BET isotherm. 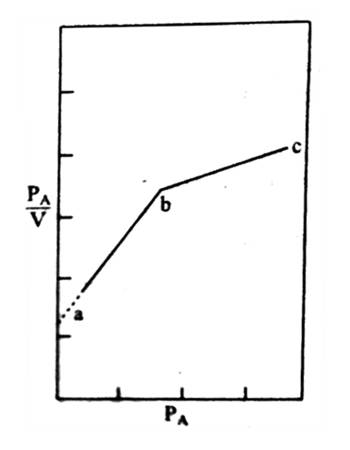 The BET equation, which is not mentioned here, is applicable when Langmuir equation fails due to multilayer formation. The BET equation is such that if only one layer of adsorbed molecules is considered, it reduces to the Langmuir equation. If capillary condensation is large the BET equation also fails. However, the BET isotherm and the Langmuir isotherm can explain a large number of cases. Mention should be made of a number of adsorption studies the result of which cannot be adequately explained by the two theories; the deviations mainly arise from chemisorption and formation of special types of surface compounds. Deviations also occur due to the adsorption of a part of a molecule such as an atom of a molecule.