The permanent tissue in plants primarily helps in providing support, safety as well as in photosynthesis and conveyance of water, minerals, and nutrients. This tissue cells might be living or dead.

Simple tissues called homogenous tissues. A simple tissue might be defined as a group of related cells that carry out a regular function. They are made up of only one type of cell. Here, all the cells that make up the tissue are similar and have a similar structure, with similar type parts. They are homogenous and composed of structurally and functionally similar cells. These are of three types: Parenchyma, collenchyma, and sclerenchyma. 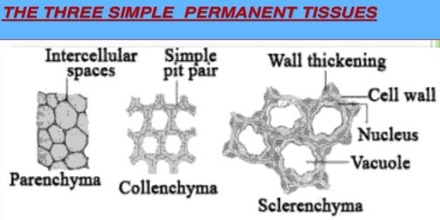 The complex tissues are composed of different types of cells performing diverse functions. The complex permanent tissues are made up of more than one type of cell. They organize together to carry out the similar particular functions in the plant body.

These are of two types xylem and phloem. 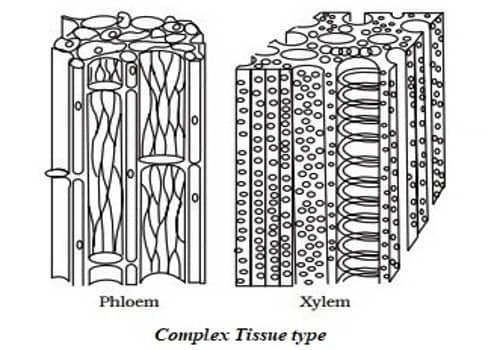