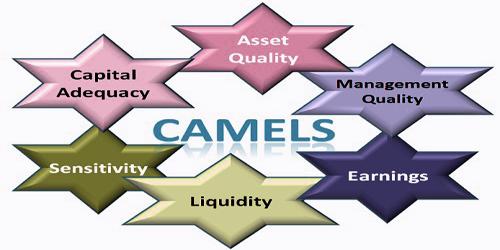 CAMELS rating are the rating method wherein the bank regulators or examiners evaluates an in general performance of the banks and find out their strengths and weaknesses. The CELS ratings are also known as Camels rating is a supervisory rating system originally developed in the U.S. to classify a bank’s overall condition. It’s applied to every bank and credit union in the U.S. (approximately 8,000 institutions) and is also implemented outside the U.S. by various banking supervisory regulators.

Banks that are given an average score of less than two are considered to be high-quality institutions. Banks with scores greater than three are considered to be less-than-satisfactory institutions. In this Rating system, the officers rate the banks on a scale from 1 to 5, where 1 is the best and 5 are the worst. These ratings are disclosed only to the bank’s management and not to other banks or the common public.

The components of a bank’s condition that are assessed:

Why central bank is called as a lender of last resort?