Home Business How Bank should take precautions in granting loan against Guarantee? 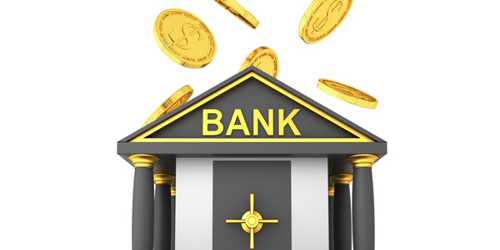 A bank is one kind of financial institution which deals with money and other monetary instruments and conducts business. Bank receives deposits from one group of people and lends it to other groups of people. By this process, the bank earns a profit.

A bank should take some precautions in granting the loan and advance against Guarantee. The following are the general precautions which need to be observed by a banker to protect bun against the risks:

(a) Advances against documents of title to goods should be granted only to parties who are – honest and thoroughly reliable.

(b) Special care should be taken to see that documents are genuine and no forged and are of recent origin. In the case of a bill of lading, which is prepared in triplicate, all the copies must be obtained by the banker. This is because the carrier is released from his obligation by delivering the goods on, presentation of any one copy containing ostensibly regular endorsements.

(c) It should be carefully noticed that the documents of the title do not contain any onerous or prejudicial remarks about the packing of the goods received. If the document contains a remark to this effect, such as, “packing defective”, or “goods not properly packed” or “the container is leaking”, the banker should not grant any advance against such receipt.

(d) To get rid of the danger of contents of goods being different from what they have been described in the documents, it is desirable that a certificate from a reliable firm of packers is obtained, especially in case of valuable goods.

(e) The banker should obtain an appropriate memorandum of charge from the borrower, giving the banker the power to acquire possession of the goods and store them properly and insured them at the cost of a borrower and later sell them in case of default by the borrower in making the payment.

(f) A banker should ensure that the goods are adequately covered by insurance for full value against risks of theft, fire, and damage is transit etc., and in case of goods coming by sea, for all Marine risks.

(g) It is also essential that the issuer of the documents of title to goods, i.e., transporter, warehouseman, etc., is reliable and trustworthy.

(h) As the instruments are not negotiable, the banker cannot obtain valid title, if the ledger himself is not genuine. Therefore, by making inquiries and with verification of concerned documents, he must ensure that the ledger is a genuine owner of the goods represented by documents.

Advantages and Disadvantages of goods as security for bank advances

Lien is an implied Pledge – Explanation