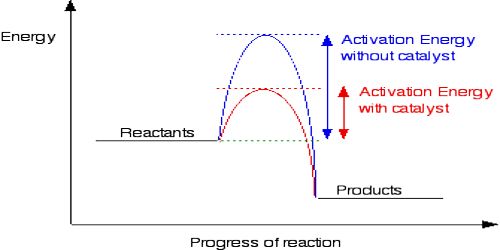 A catalyst is a chemical entity which by virtue of its presence in a reacting system increases or decreases the rate of the reaction, itself remaining unchanged in chemical properties or mass at the end of a reaction. The phenomenon of alteration of the rate of a reaction by a catalyst is known catalysis. 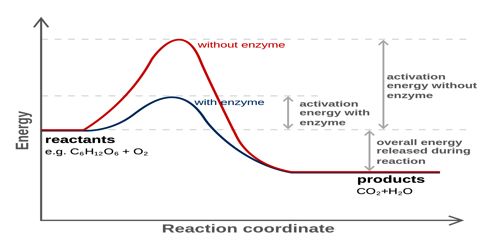 When KMnO4 is slowly added to a solution of oxalic acid the pink colour of the permanganate is discharged slowly at first (reaction is slaw), but after a certain volume of the permanganate solution has been added the colour is discharged very rapidly (reaction is fast), i.e., some species formed as a result of the reaction act as catalyst for the reaction.

Catalysis has been divided into three types: