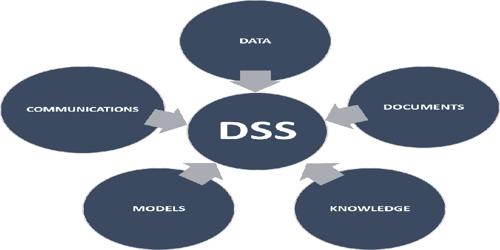 Decision Support system (DSS): Decision support system is an information system that utilizes decision model, a database and decision makers own insights in an add hoer, an interactive analytical process to reach a specific decision by specification decision maker.

A Decision Support System (DSS) is a computer-based information system that supports business or organizational decision-making activities. DSSs serve the management, operations, and planning levels of an organization (usually mid and higher management) and help to make decisions, which may be rapidly changing and not easily specified in advance (Unstructured and Semi-Structured decision problems). Decision support systems can be either fully computerized, human or a combination of both.

While academics have perceived DSS as a tool to support the decision-making process, DSS users see DSS as a tool to facilitate organizational processes. Some authors have extended the definition of DSS to include any system that might support decision making. Sprague (1980) defines DSS by its characteristics: