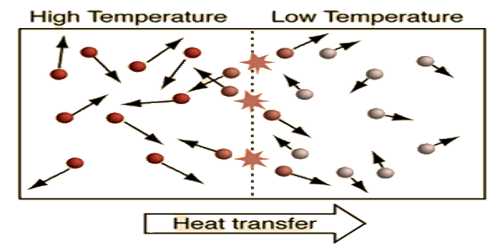 Everybody of us has the feeling of hot and cold. So, the measure of how much hot or cold a body is apparently called temperature of that body. Temperature is a measure of the intensity or degree of hotness in a body. Technically, it is determined by getting the average speed of a body’s molecules. That means, it can apparently be said that temperature means the degrees of hotness of a body. Suppose, there are two bodies; one is ‘A’ and the other one is ‘B’. If it is found by touching that body A is warmer than the body B then we can say that the body temperature of the body A is more and that of body B is less. Perfect definition of temperature may be given as:

Temperature is the thermal state of a body which controls the flow of heat from one body to another body and determines the direction of flow of heat.