Home Physics What are Coherent Sources?

Two sources are said to be coherent if they emit light waves of the same wavelength and start with the same phase or have a constant phase difference. Two parallel slits lighted by a laser beam behind can be said to be two coherent point sources.

Two independent monochromatic sources, emit waves of the same wavelength. But the waves are not in phase. So they are not coherent. This is because atoms cannot emit light waves in the same phase and these sources are said to be incoherent sources. For example – Laser light produces coherence. 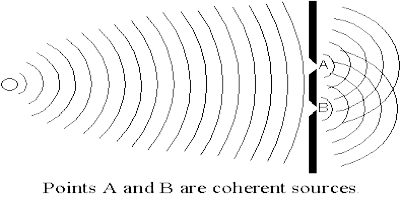 We need coherent sources of light in order to monitor the effects of certain optical phenomena like Interference in the lab. In physics, two wave sources are completely coherent if they have a stable phase difference and a similar occurrence. Two independent sources can never have all these factors similar at a time. Coherent sources are significant in writing because these sources are easier to recognize, for anyone who wants to explore further than your piece, and because they naturally include few accurate errors.

Coherent sources have the following characteristics: