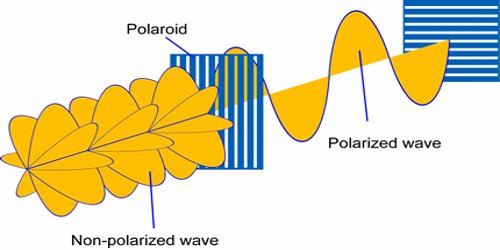 We know, light is a form of energy which creates the sensation of vision. There are five theories to determine the nature of light. Wave theory of light is one of them. In 1678, scientist Huygens established this theory. According to him light travels from one place to another place in the form of waves. By the help of this theory reflection, refraction, interference, diffraction etc. phenomena can be explained. But from the above phenomena of light, the type of wave – whether transverse or longitudinal cannot be known. Later on, some result relating to light were found whose analysis revealed that light wave can never be a longitudinal wave; it is a traverse wave. In this respect, experiment on a couple of tourmaline crystals is very significant. From this experiment, it is proved beyond doubt that light is a transverse wave. The polarization of light is the best proof of transverse wave. Now let us discuss, what is polarization? 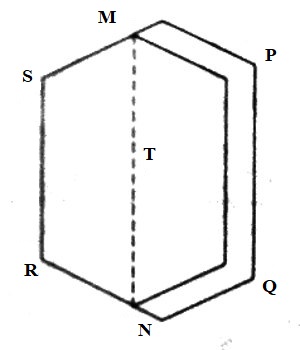 The polarization of light is very useful in many aspects of optical microscopy. Before discussing the experiment on tourmaline crystal let us know what tourmaline crystal is. It is almost a transparent crystal PQRS of light given color having six sides (Figure). It is made of a chemical reaction of some metal oxides. The maximum diagonal MN is called the optic axis.