Home Chemistry Consequences of the Absorption of Light 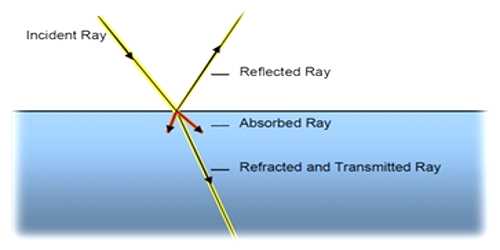 (i) Thermal change: The kinetic energy of the molecules may be increased giving rise to an increase in temperature. i.e., heat will be generated.

(iii) Dissociation: The molecule breaks down to form smaller molecules, atoms or free radicals. Excitation and dissociation may occur simultaneously.

(iv) Emission: Part of the absorbed radiation may be re-emitted giving rise to fluorescence or phosphorescence.

The first of the four processes are not important when visible and ultraviolet light are considered. When the light of shorter wavelengths is used, in addition to the above processes ionization and physical interaction of the photons and matter become also prominent.