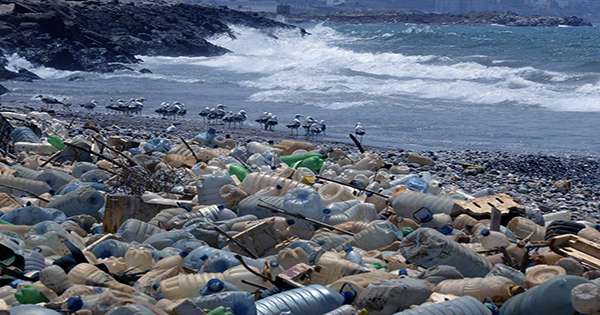 There are two significant issues now: the world is melting, and everyone on it has been ill for the past two years. It turns out that these two major issues have merged to create a new issue that threatens to stymie our efforts to address them both. Around 8.4 million tons of pandemic-related plastic garbage was added to humanity’s already massive collective plastic trash pile between the start of the COVID-19 epidemic and the end of August 2021.

Demand for personal protective equipment has caused legislation against single-use plastics to be paused or repealed, and by the end of the year, 11 million tons of marine life harming, penguin killing, and potentially COVID-19-spreading plastic waste will have been discarded around the world, with 34,000 tons reaching the ocean.

“The COVID-19 epidemic has raised the demand for single-use plastics, adding to an already out-of-control global plastic waste crisis,” according to a new report published in PNAS this month. “We utilize our MITgcm ocean plastic model to estimate the impact of the pandemic on plastic discharge in this study.” The scientists anticipate that “Later, a circumpolar plastic accumulation zone will arise in the Arctic, with a large fraction of plastic debris falling on the beach and seabed.”

The MIT General Circulation Model, or MITgcm, is complex software developed by MIT that simulates ocean and atmospheric processes. In other words, it generates “a virtual world” that “simulates how the saltwater flows pushed by wind and how the plastics float on the surface ocean,” as research author, Yanxu Zhang noted in a statement.

The majority of the plastics, according to the simulation, would end up on beaches and the seafloor, both of which are already groaning under the weight of our plastic pollution. However, because of the way ocean currents work, a lesser quantity is likely to either keep circulating in the ocean or wind up at the “dead end” for plastic, the Arctic ocean, as researchers call it.

“There is a fairly consistent circulation pattern in the ocean,” study co-author Amina Schartup explained. “That’s why we can build models that replicate how the ocean moves – it’s just physical oceanography at this point.”

“We know that if garbage is discharged from Asian rivers into the North Pacific Ocean, part of that debris would most certainly wind up in the Arctic Ocean – a circular ocean that acts like an estuary, collecting all kinds of items that are released from the continents.”

In addition, garbage undoubtedly discharged into Asian rivers, according to the study, which concluded that they were responsible for approximately three-quarters of all plastic discharge into the ocean. The authors point out that this is not because the region has more instances than elsewhere; in fact, despite being a month or two late to the COVID-19 infection game, the Americas have a higher total. The great majority of pandemic waste originated from hospitals, according to the research, which the authors attribute to documented shortages in underdeveloped nations.

“When we started doing the math, we were surprised to find that the amount of medical waste was significantly greater than the amount of waste generated by individuals and that a lot of it was coming from Asian countries, even though that wasn’t where the majority of the COVID-19 cases were,” Schartup explained.

“The main sources of additional garbage were hospitals in places that were already dealing with waste management before to the epidemic; they weren’t geared up to deal with a scenario where there was more waste.”

To address this issue, the authors argue that significant changes are required: “Innovative technologies must be pushed,” according to the article, which calls for improved ways of “plastic trash collection, categorization, treatment, and recycling.” They also recommend looking for more ecologically friendly materials, as well as a comprehensive update on medical waste management in underdeveloped nations. “COVID-related plastic is just a small part of a larger problem we confront in the twenty-first century: plastic waste,” Zhang explained. “To fix it, a lot of technological renovation, economic shift, and lifestyle change is required.”