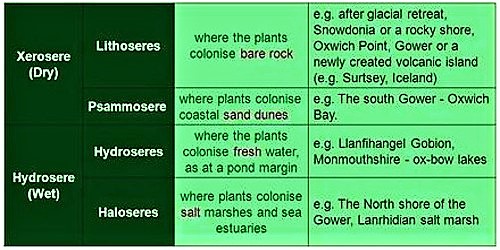 Hydrosere is a plant progression in which an open freshwater naturally dries out, steadily becoming a swamp, marsh, etc. and in the end woodland. Xerosere is the succession of environmental communities which originated in an enormously dry habitat such as a sand desert, sand dunes, a salt desert or a rock desert. 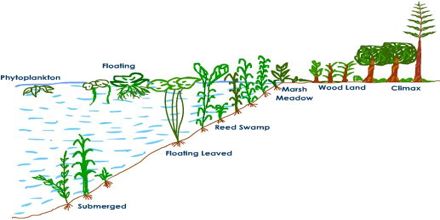 Fig: The different stage of Hydrosere 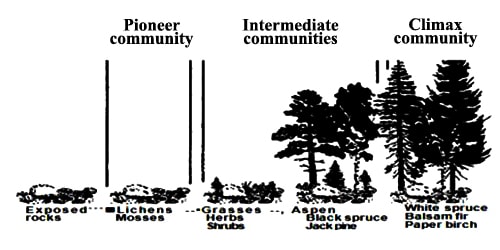 Fig: The different stage of Xerosere

Hydrosere is a hydrous what type of a progression considering key progression first of all new plantlets grow deeper in the soil which would not have any type of sun rays considering algae fungi at the base then a layer of algae and fungi is further depleted in layers.

The process of Hydrosere aquatic succession completes in the following stages:

Xerosere type of progression that there are no plants only Sandy grounds are present after all wild in the while. In the seed dispersal seats of cactus, euphorbia is consistently increasing through Kangaroo rat and several other animal habitats.

The succession occurs in Xerosere dry condition is called Xerosere. It undergoes the following stages:

Define and Describe on Flower

Absorption of Water by the Plant