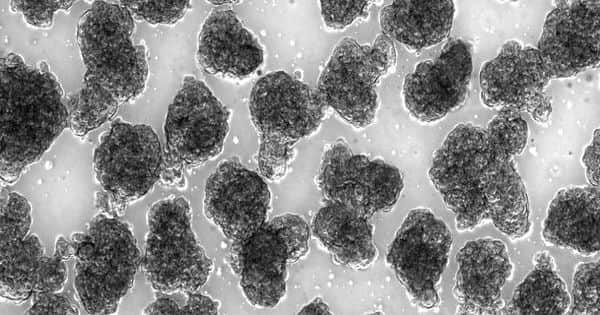 Researchers investigated new ways to culture living heart cells for microgravity research as part of their preparation for an experiment aboard the International Space Station. They discovered that cryopreservation, or storing cells at -80°C, makes it easier to transport these cells to the orbiting lab, allowing for greater flexibility in launch and operations schedules. The method could be applied to other types of biological research in space and on Earth.

MVP Cell-03 cultured heart precursor cells on the space station to investigate how microgravity affects the number of cells produced and how many survive. These precursor cells have the potential to be used in disease modeling, drug development, and regenerative medicine, such as replacing damaged or lost heart cells due to cardiac disease.

Previous research suggests that cultivating such cells in simulated microgravity improves their production efficiency. However, the use of live cell cultures in space poses some unique challenges. For example, the MVP Cell-03 experiment must be carried out within a specific timeframe, when the cells are at the optimal stage. Flight changes and crew availability could cause delays in the research.

Researchers found that cryopreservation, a process of storing cells at -80°C, makes it easier to transport these cells to the orbiting lab, providing more flexibility in launch and operations schedules. The process could benefit other biological research in space and on Earth.

“Sometimes a flight is delayed, and investigators have to prepare batches and batches of backup cells,” says MVP Cell-03 principal investigator Chunhui Xu of Emory University School of Medicine in Atlanta. “The day investigations arrive, astronauts face an overwhelming amount of work, but these cells require fresh medium right away. We reasoned that we should practice this procedure ahead of time.”

As a result, her laboratory conducted experiments on new methods for transporting and culturing heart cells. Their findings, which were recently published in the journal Biomaterials, show that cryopreservation has no effect on the cells and even protects them from the excess gravity experienced during launch.

“Cryopreservation allows you to significantly reduce the effect of launch so that your research can focus solely on the effects of the low-Earth orbit environment,” says Marc Giulianotti, program director for the ISS US National Laboratory, which funded the research. “The technique also allows for experiments in lunar or deep space environments. It may even provide significant benefits for terrestrial research in terms of transporting cells and tissues across a country or the globe.”

Xu’s team also compared a new cell culture medium that does not require carbon dioxide to the current standard medium, which does, and discovered no difference. Carbon dioxide increases the weight, mass, and cost of a space launch. The research team also tested several changes to culture media in order to improve cryopreservation procedures.

Cryopreserve heart cells will be delivered to the space station in March 2020. Astronauts successfully thawed and cultured them, resulting in beating heart cells. After 22 days in space, they were returned to Earth.

“There’s no reason to believe you couldn’t do it with other cell types,” Giulianotti says. “It makes the job of investigators much easier. They can send cells to the station on their own timetable rather than starting the experiment as soon as the capsule arrives when there is a mad rush to get everything done. The absence of the need to keep cells alive during the journey reduces the experiment’s footprint and material costs.”

According to Xu, the team reported the results now because they believed it would be useful for future research in space and with this type of cell. “We thought cryopreservation could benefit so many different applications,” Xu says. “We can imagine many situations where a carbon dioxide-independent medium would be quite useful.”

Giulianotti describes the findings as a significant step forward in next-generation space research. “At the National Lab, we envision banks of cell lines from which you can simply draw to begin an experiment. It has a lot of potential in the future.”