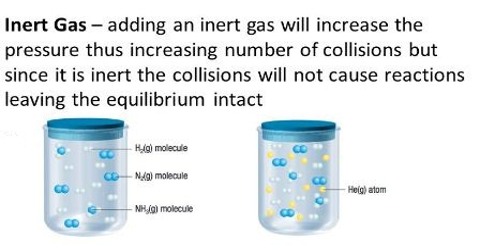 Effect of adding an inert gas

If an inert (non-reacting) gas is added to a system of gaseous equilibrium at constant volume (the total pressure will increase), the equilibrium is not affected. This follows from Dalton’s law of partial pressures, because according to this law the presence of a foreign inert gas in a closed space does not influence the partial pressure exerted by the reacting substances. This is true whether the reaction involves a change in the number of molecules or not. If, however, the pressure is kept constant while the inert gas is added to the system at equilibrium, (there is a consequent increase in volume), the equilibrium is displaced, according to the Le Chatelier principle, in cases of reactions where KP is dependent on pressure. If KP is independent of pressure, as in the decomposition of hydrogen iodide, there is no effect. 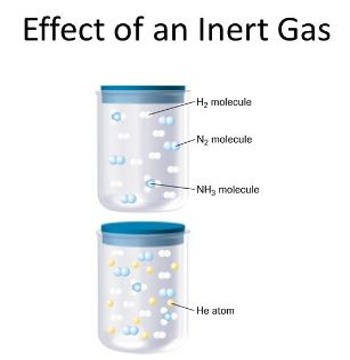 Consider the following reaction in equilibrium:

Effect of Temperature on Equilibrium