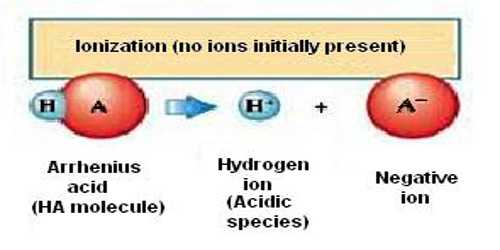 Acids and Bases: the Arrhenius concept

As defined by Arrhenius, acid-base reactions are characterized by acids, which dissociate in aqueous solution to form hydrogen ions (H+) and bases, which form hydroxide (OH−) ions. 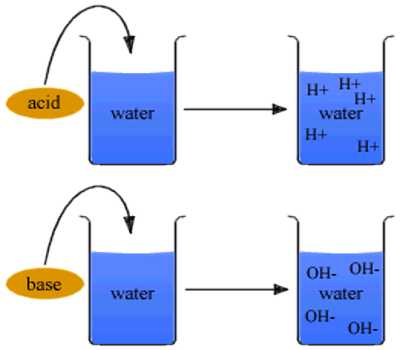 Neutralization of a base by an acid was considered essentially to be the reaction:

in which the hydrogen and hydroxyl ions combine to form water. Arrhenius definition of acids and bases proved to be inadequate for several reasons.

(i) It was recognized that acid-base reactions took place in solvents other than water.

(ii) Compounds which do not contain hydrogen could release H+ ion by reacting with water:

(iii) Some bases do not contain OH– ions. For example: NH3CaO etc.

These facts together with the studies on catalysis by acids and bases suggested that the ideas of Arrhenius were inadequate and had to be modified.

How pH solution depends on relative strengths of Acid and Base?