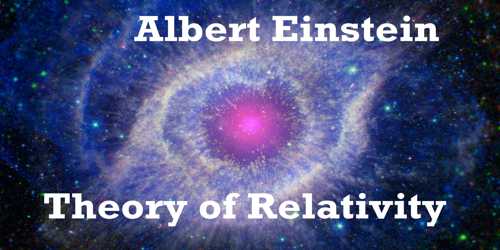 Newton considered space, time, and mass as absolute or independent; but Albert Einstein in his theory of relativity considered them as relative. Absolute means, not variable with respect to anything. It has been mentioned earlier that in order to measure the position or motion of an object, a frame of reference is needed and with respect to that frame of reference the presence of the object is expressed by three quantities. Besides, in order to measure the time a clock or any other standard is needed. These are known as space-time frames. Mechanics is based on Newton’s three laws of motion. But it is not mentioned there with respect to which reference the laws are valid. It has been known from the concept of mechanics that Newton’s laws are not correct with respect to all measurable frame of reference. If Newton’s first law of motion is analyzed, it is seen that uniform velocity does not remain to more than one observer. So it does not have any meaning whether the frame of reference of motion or rest is absolute or independent. If an object does not change its position with respect to the surroundings, then it is called static and if it changes its position, then it is in motion. So, anything other than relatively static or relative motion is meaningless. But Newton believed in absolute motion. On the other hand, Einstein clearly stated that space, time and mass none of them is absolute. Each one of them is considered with reference to something else. That means anything considered with reference to something is called relativity. According to the special theory of relativity absolute motion is meaningless, all motions are relative.

The general theory of relativity deals with the objects or systems having accelerated as well as uniform motion with respect to one another. For example motions of the sun, moon, stars, comets, meteor etc., gravitation and the scientific and philosophical theories and postulates on the formation of the universe belong to the general theory of relativity. It was published in 1916.

Characteristics of Photoelectric Effect with the help of Einstein Equation