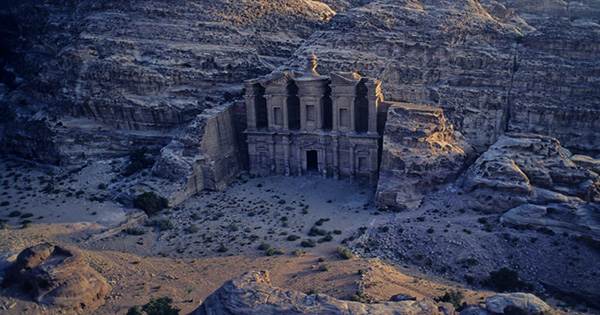 Archaeologists in Jerusalem say they have found evidence of damage to their excavations caused by earthquakes mentioned in two books of the Bible. References from the Old Testament have led to earlier archaeological discoveries throughout the Middle East, and these new discoveries may eventually help to put more precise dates on events.

It can help synchronize archaeological finds across the region. The new discovery was made in the town of David National Park in the East Jerusalem neighborhood of Silwan. Archaeologists have unearthed evidence of a devastating eighth-century BC event, including broken dishes, cooking utensils, and storage jars that appeared to have collapsed during the collapse of the walls.

Other archeological sites have shown that there was an earthquake in Israel 2,800 years ago, but this is the first time that it has reached Jerusalem. “When we excavated the structure and uncovered the level of destruction of the 8th century BC, we were very surprised, because we know that Jerusalem continued until the destruction of Babylon, which happened about 200 years later. We asked ourselves why we have unveiled that dramatic level of destruction that could happen, “said Dr. Joe Uziel, director of excavations at the Israeli Antiquities Authority, and Ortal Chalaf in a statement sent to IFLScience.

“By examining the results of the excavations, we tried to see if it was mentioned in the Bible texts. Interestingly, the earthquake that is seen in the Bible in Amos and Zechariah, the building we excavated at that time, the city of David collapsed. The combination of field searches leads us to conclude that the earthquake that struck the land of Israel during the reign of King Uzziah of Judah also hit the state capital, Jerusalem.” The first mention of earthquakes in the Bible is found in the book of Amos, which begins by saying that the prophecy of Amos occurred “during the time of Uzziah king of Judah and during the time of Jeroboam son of Joash king of Israel”, two years before the earthquake.”