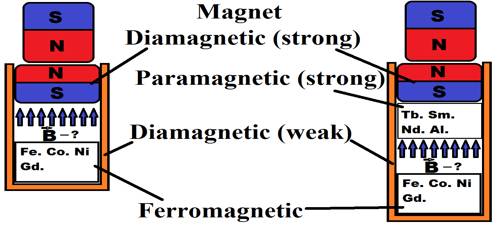 Properties – Diamagnetic properties arise from the realignment of the electron paths under the influence of an external magnetic field.

What is Magnetic Induction?