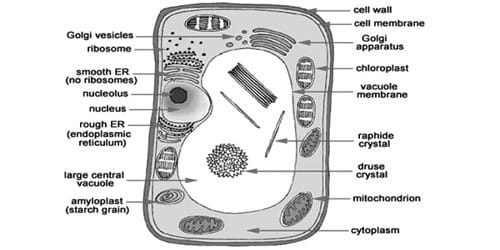 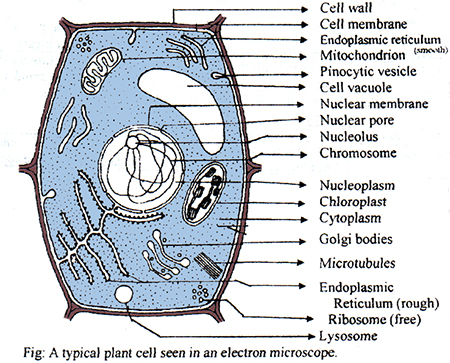 The cell wall is the unique characteristics of a plant cell. It is a rigid layer that is found external the cell membrane and surrounds the cell. The non-living and hard wall, which constructs the plant cell, is called the cell wall. It provides structural sustain and fortification. Pores in the cell wall allocate water and nutrients to move into and out of the cell. It also prevents the plant cell from replete when water enters the cell.

At first, Robert Hook observed it in 1665 AD. There is no cell wall in Animal cells. The cell wall contains not only cellulose and protein but other polysaccharides as well.

The function of the cell wall: The functions of the cell wall are to give a definite shape to the cell. It is a far more multifaceted formation, however, and serves a diversity of functions, from protecting the cell to regulating the life cycle of the plant organism. It protects the Cell from external injury and gives necessary rigidity and to regulate the flowing fluid between the external and internal side of the cell.

Protoplasm is made by a mixture of different complex compounds. It is the living, colorless, flexible, colloidal semi-fluid material present in the cell. It is jelly-like, translucent, viscous, colorless semi solid-living substance. All the pro perties of life are present in it. Protoplasm is divided into three parts: Plasma membrane, Cytoplasm, and Nucleus. Water is the principal ingredient of an active protoplast and usually constitutes 90% of the organism. The remaining parts are organic and inorganic materials. Protoplasm consists of cytoplasm and nucleus and is superficially bounded by the cell membrane or plasmalemma.

Protoplasm with non-living inclusions is called protoplast. Each protoplast keeps itself in communication with neighboring protoplasts through small openings in the cell wall known as plasmodesmata.

Cell membrane: It is the semi-permeable membrane that is present within the cell wall. It is composed of a thin layer of protein and fat. It plays an important role in regulating the entry and exit of specific substances within the cell.

Cytoplasm: It is a jelly-like liquid accumulation of protoplasm excluding the nucleus and bounded by plasma membrane on the outside. It is semi-permeable in nature.

Chloroplasts: The most vital feature of plants is their ability to photosynthesize, that means, make their own food by converting light energy into chemical energy. This procedure is carried out in particular organelles called chloroplasts.

Plasma Membrane: All living cells have a plasma membrane that encloses their contents. In prokaryotes and plants, the membrane is the internal layer of fortification bounded by a rigid cell wall.

Vacuole: Each plant cell has a large, single vacuole that stores compounds, helps in plant growth, and plays a significant structural role for the plant.

Differences between Centrosome and Centromere