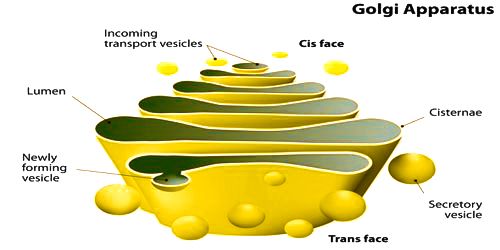 Golgi bodies might be flat, round or elongated. Usually, they are present close to the nucleus. It was first observed by a scientist named Golgi in 1898 AD in the nerve cells of owl and cat. This organelle is later named Golgi apparatus after his name. In plant cells, their number is little for which it is not always noticeable under the microscope. The Golgi apparatus is responsible for transporting, modifying, and packaging proteins and lipids into vesicles for delivery to targeted destinations. 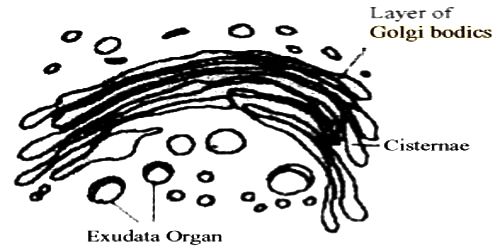 The function of Golgi bodies is the synthesis of lysosome and non-protein substances, releasing some enzymes, expelling cell water and attaching substances to its membrane produced by endoplasmic reticulum. The Golgi body has a number of functions, including sorting and processing proteins. Proteins are synthesized in the rough endoplasmic reticulum, and then they travel to the Golgi body. While in the Golgi body, they are processed and sent throughout the cell. The Golgi body is also responsible for determining which proteins are to be transported outside the cell.