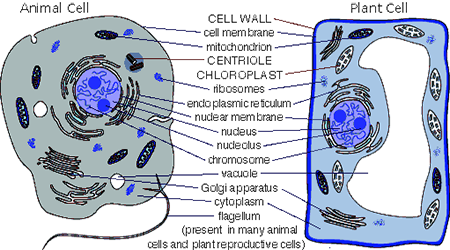 Different types of cell are described below in brief. All the cells of Plants and Animals are eukaryotic but they have differences as well. Difference between the Plant cell and Animal cell are shown in a tabular form at the end of this chapter. However, the main difference between them is the Plant cells have a non-living cell wall, which is absent in the Animal cell.

Define ATP with Structure and Functions