Explanation: The equation of electric potential at a distance ‘r’ from the point charge + q is, 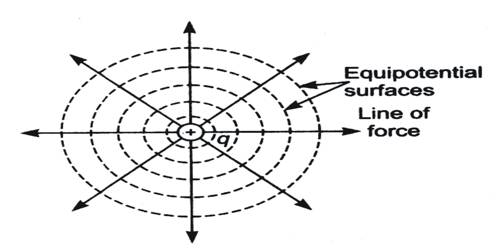 As the distance from the point charge increases the value of potential decreases.

Work Example: What will be the work done if a unit positive charge is transferred from one point to another point in an equipotential surface?

What is Acceptor Circuit?

What is Electric Dipole?

Define and Describe on Cyclotron