Home Physics What is Mass?

Mass is the quantity of matter contained in a body. It is independent of temperature and pressure. It does not vary from place to place. The SI unit of mass is kilogram.

The kilogram is equal to the mass of the international prototype of the kilogram (a plantinum – iridium alloy cylinder) kept at the International Bureau of Weights and Measures at Sevres, near Paris, France.

An atomic standard of mass has not yet been adopted because it is not yet possible to measure masses on an atomic scale with as much precision as on a macroscopic scale. 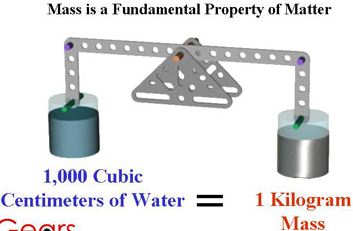