Home Chemistry Why the Extraction of Copper from Chalcopyrite is so difficult? 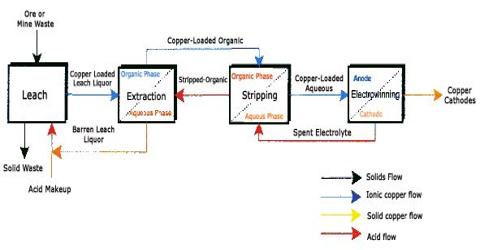 About 3/4th of Copper (Cu) produced in the world has come from Chalcopyrite (CuFeS2), but it is the lowest standard ore of Copper. The method used to extract copper from its ores depends on the nature of the ore. Sulphide ores such as chalcopyrite are converted to copper by a different method from silicate, carbonate or sulphate ores. So, extraction of Copper from it becomes very difficult & it is a lengthy process because-

(i) It contains many impurities in such a high amount that the percentage of Copper in it becomes only 2-3%.

(ii) Copper has more affinity to sulphur than Fe. So, the Cu2O formed through roasting of the ore is later converted into Cu2S by reacting with Fe2S3.

That’s why Fe2S; should be converted into FeO by roasting at first & then it is transformed into FeSiO3 which is later eliminated as slag. 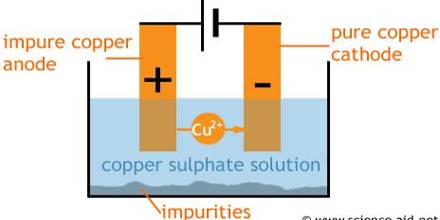 Chalcopyrite (also known as copper pyrites) and similar sulphide ores are the commonest ores of copper. The ores typically contain low percentages of copper and have to be concentrated by, for example, froth flotation before refining.