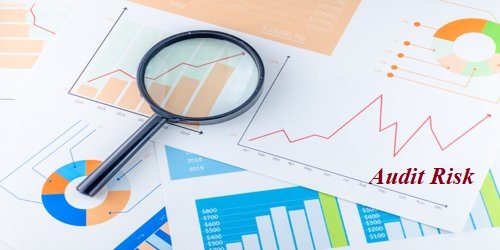 Audit risk is the risk that the auditor may unknowingly fail to appropriately modify his or her opinion on financial statements that are materially misstated. It is the chance that financial statements will be issued with materials errors even though they have been reviewed by an auditor and approved.

The likelihood that an auditee will have financial difficulties after the audit report issued: If a co. is forced into receivership or liquidation or suffers a significant lass after completion of the audit, there is a greater chance of the auditor being required to defend the quality of the audit than if the auditee were under no financial strain.

The integrity of management: When management is dominated by one or a few individuals who lack integrity, the likelihood of significantly misrepresented financial statement is greatly increased.