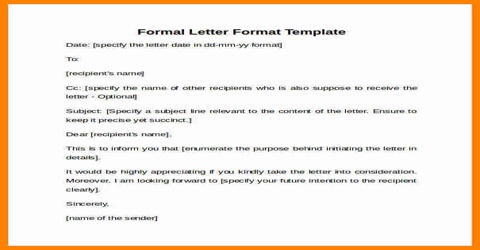 Features or Elements of Official Letter

By nature, official letter is the most formal type of letter through which official messages are exchanged among various offices, departments or institutions. This letter possesses some unique features that distinguish official letter from those of other formal letters. Some important features of official letter are discussed below:

Structure: It is written by strictly follow mg the officially recognized structure of writing letter. In this regard no deviation is entertained.

Rules and procedures: This Lena is drafted by incorporating prescribed rules and producers of writing letter. For this, it is regarded as the most formal letter.

Conciseness: Messages, facts and figures are presented concisely in this letter. Irrelevant or unnecessary matter is avoided.

Approach: Official letter is drafted either by following direct or persuasive approach.

Universality: Its appeal is universal Absence of sender or receiver does not affect its appeal.

Status: The status or importance of official letter depends on the status of the writer or sender

Use of grammar: In drafting official letter first person or third person plural number is used

Copy: Generally, copy of official letter is being kept for future reference and it is also served to the parties who are concerned to the message of the letter.

Which Factors are Liable for Operating Grapevine Communication?

Concept of Job Evaluation with specifying one method to evaluate