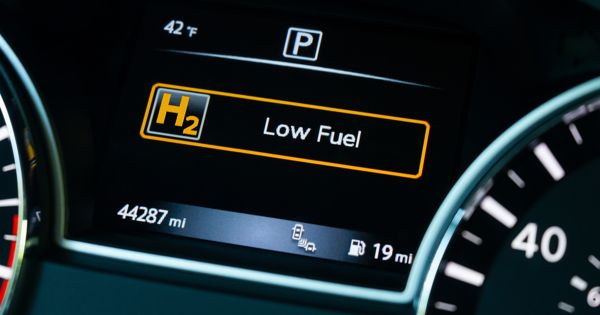 Hydrogen is the most plentiful ingredient on the earth and has been powered by engines since 1807, it is also the cleanest form of fuel on the planet. In the world of motoring, though, hydrogen has not yet taken off. Many automakers have experimented with this technology, and while some have committed to manufacturing hydrogen-powered cars in limited numbers, mass uptake still seems a long way off. If that ever happens to you at all.

Fuel cells for hydrogen vehicles are becoming longer-lasting. Fuel cells are gaining in importance as an alternative to battery-operated electromobility in heavy traffic, especially since hydrogen is a CO2-neutral energy carrier if it is obtained from renewable sources.

For efficient operation, fuel cells need an electrocatalyst that enhances the electrochemical reaction in which electricity is produced. The platinum-cobalt nanoparticle catalysts used as usual today have strong catalytic properties and require just as little rare and costly platinum as is required. In order for the catalyst to be used in a fuel cell, it must have a surface of very tiny nanometer-level platinum-cobalt particles added to a conductive carbon carrier material. Since small particles and even carbon in the fuel cell are subjected to decay, cell loss performance, and stability over time.

The international team led by Professor Matthias Arenz from the Department of Chemistry and Biochemistry (DCB) at the University of Bern has now succeeded in using a special method to generate a carbon-free electrocatalyst, which unlike current catalysts, consists of a thin metal grid and is thus more stable. “The catalyst we have developed achieves high performance and promises stable fuel cell operation even at higher temperatures and high current density,” says Matthias Arenz. The findings have been published in the Nature Materials section. The research is an international partnership between the DCB and, inter alia, the University of Copenhagen and the Leibniz Center for Plasma Science and Technology, which has used the Swiss Light Source (SLS) facilities at the Paul Scherrer Institute.

Hydrogen atoms are separated into hydrogen fuel cells to produce electrical power directly from them. For this reason, hydrogen is fed to an electrode where it is separated into positively charged protons and negatively charged electrons. The electrons runoff via the electrode and produce an electrical current outside the cell, which for example, powers a vehicle engine. The protons move through a membrane that is only permeable to the protons and react, on the other hand, to a second electrode coated with a catalyst (here from a platinum-cobalt alloy network) with oxygen from the air, which creates water vapor. This is discharged into the “exhaust.”

In order for the fuel cell to generate electricity, all electrodes must be coated with a catalyst. The chemical reactions will start very slowly without a catalyst. This relates especially to the second electrode, the oxygen electrode. However, platinum-cobalt catalytic nanoparticles can “melt together in a vehicle during service. This decreases the surface of the catalyst and thus reduces the efficiency of the cell. In addition, when used in road traffic, the carbon usually used to stabilize the catalyst may corrode. This impacts the service life of the fuel cell and therefore of the car. “Our motivation was therefore to produce an electrocatalyst without a carbon carrier that is nevertheless powerful,” explains Matthias Arenz. Previously, comparable catalysts without carrier material had only a smaller surface area. Although the size of the surface area is critical to the catalytic activity and hence to the efficiency of the catalytic converter, it was less ideal for commercial use.

The researchers have been able to transform the theory into reality due to a special method called cathode sputtering. With this process, the individual substance (here platinum or cobalt) is dissolved (atomized) by ion bombardment. The released gaseous atoms are then condensed as an adhesive sheet. “With the special sputtering process and subsequent treatment, a very porous structure can be achieved, which gives the catalyst a high surface area and is self-supporting at the same time. A carbon carrier is therefore superfluous,” says Dr. Gustav Sievers, lead author of the study at the Leibniz Center for Plasma Science and Technology.

“This technology is industrially scalable and can therefore also be used for larger production volumes, for example in the automotive industry,” says Matthias Arenz. This method helps the hydrogen fuel cell to be more designed for use in road traffic. “Our findings are consequently of importance for the further development of sustainable energy use, especially in view of the current developments in the mobility sector for heavy goods vehicles,” says Arenz.